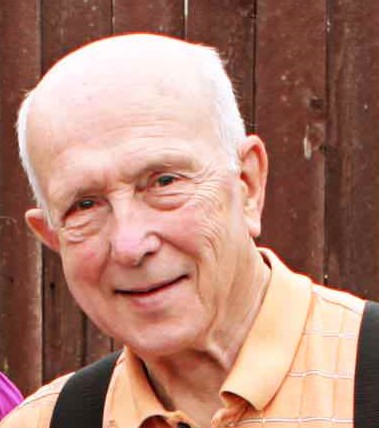 Lynn George Burbach, 88, of La Crosse, WI, returned to his Father in Heaven after a long, beautiful life on Thursday, September 15, 2022 from complications with an aneurysm. Lynn was born April 15, 1934, in Bangor, WI, to John George and Kathryn Eleanor (Terpstra) Burbach. Lynn was a 1952 graduate of Onalaska High School, and a loyal employee of G. Heileman Brewing Company for 44 years. On June 20, 1981, he married Mary Christen in La Crosse, and they were later sealed for time and all eternity in the Provo Utah Temple of The Church of Jesus Christ of Latter-day Saints on August 18, 1982.

Lynn thrived on social interactions, seeking out in-depth conversations about sports, religion, and politics. He was known for the entertaining stories he would tell and the laughter he would share with others. He made many lifelong friends through church and his many hobbies including golf, bowling, playing cards, genealogy, and attending sporting events. He was a loyal lifetime fan of Onalaska High School sports, especially basketball, and could recall games in vivid detail from over the past 70 years. He enjoyed watching birds in the backyard and working in his garden and was well-known for his canned dill pickles. He served in many capacities in his church including leadership roles, teaching, and ministering to others. His favorite times were days spent with his family. His faith in Jesus Christ and eternal life were unwavering and he strived to share his testimony with friends and family.

Lynn was preceded in death by his parents, his brothers Gerald “Toby” (Cordelia) Hansen and John (Beverly) Burbach, his sister Janice Kaye Holte, and his ex-wife Dorothy (Temp) Burbach.

After many health issues throughout his life, he was looking forward to no longer being in pain and reuniting with family members and friends who have passed on.  He will be dearly missed.