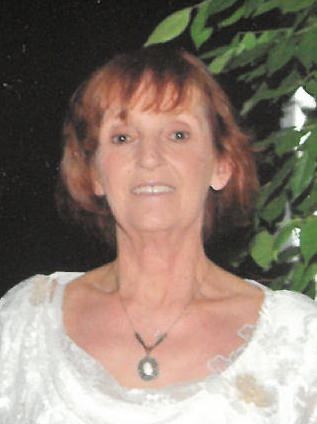 Lynn Robinson passed in the arms of family on January 13, 2023 at Gundersen Health System, LaCrosse Wisconsin.

Lynn was born in La Crosse, the daughter of Oscar B. and Ruth E. (Waas) Olson, and raised in Dresbach, MN.  She met and married a charming and handsome soldier, Doyle Lee Robinson, and the pair had two daughters and two sons.  Although they later divorced, they found love in each other again and remarried, to the delight of their family.

Lynn retired from The Company Store, where she had worked as a shipping clerk and where she made many friends.   Following retirement, she had a second career with her daughter Susan, designing and selling jewelry and gift items as Mother Nature’s Gems.   She enjoyed Wisconsin sports, birdwatching, spending time with family, and caring for her beloved cats.

She will be so very missed by her children: Jeanie (Larry) Gaulke, Robert (Vivian), Tony (Teri), and Susan; grandchildren: Anthony, Ryan, and Maria Robinson, and by her faithful kitty companion, Poppy.  Lynn is also survived by stepsons Gary (Connie) Robinson and Allen (Amber) Robinson and their children Jack, Will, Kaydence and Brooklyn, step-granddaughter Ashley Sarkis and new great-grandson Luke; and sister Sharon Melde.

She was pre-deceased by her parents, husband Doyle, grandson Andrew Osornio and beloved pets and grand-pets.

In accordance with her wishes, there will be no services.   In lieu of flowers, memorials to the family or animal charity of the donor’s choice are preferred.  Suggested:  Coulee Region Humane Society, North Shore Animal League.