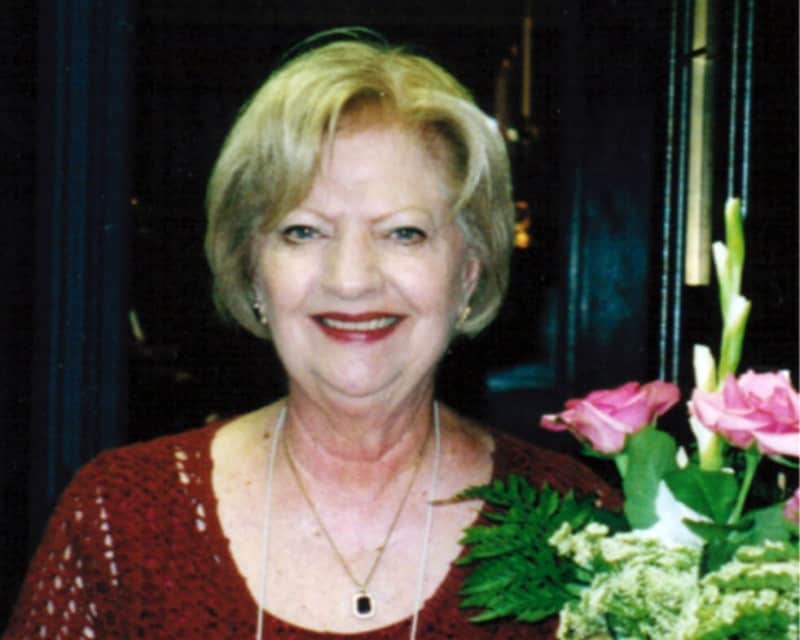 Margaret “Margie” Louise Neader, 81, of Onalaska, Wisconsin passed peacefully and entered eternal life on the afternoon of Thursday, July 27, 2017, at her apartment in Onalaska. Margie spent that day at Christ Episcopal Church in La Crosse, attending weekly Bible study, then enjoying a special luncheon where she also gave a short speech. The day was filled with laughter, praise, and good food, surrounded by her Christ Church family.

Margie was born Oct. 9, 1935 in Chicago, IL to John and Mildred “Millie” (Norman) Martin. She had a dream of becoming a TV actress, and in 1955 took an Executive Secretary job with the ABC-TV Network in Chicago, as a foot in the door. There she met her future husband, Scotty Neader, who worked in the same building, and they married in 1963. They were soon blessed with two sons, Scott and Mark. Margie committed the next several years to raising her family, first in Chicago, then in Minneapolis, then in Mitchell, SD. She re-entered the workforce at KORN/KXON-TV in Mitchell, serving in several roles, including sales and as the host of her own TV show, “Margie’s People.”

After a move to La Crosse, Wisconsin in 1977, Margie began a 37 year career in La Crosse area media, including sales and management positions at the WLXR, WKBH, and WIZM family of radio stations, and also served as the Local Marketing Director for G. Heileman Brewing. Margie was known for her honesty and integrity, as well as her marketing prowess. As a Sales Manager, she often mentored younger sales representatives, and not only taught them sales and marketing skills, but also connected with them personally, offering them life guidance and advice.

While she was successful in her career, family was her focus. Not only did she raise two boys that became prosperous business owners and loving husbands and fathers, she was also a very involved grandmother and, recently, great-grandmother. Margie had a special bond with her grandkids and was an amazing role model for them. Her grandkids knew they could talk to “Gramma” about anything, and often did. She supported them, nurtured them, and, yes, spoiled them.

Margie was a giver. She gave of her time, including serving on the Board of Directors for the La Crosse YMCA and the La Crosse Jail Ministry, and on the Executive Committee of the La Crosse County American Red Cross. She prepared meals for the Salvation Army “Feed the Kids” program for many years. Margie spent 20+ years teaching Sunday School at Christ Episcopal Church, and also served as a Pastoral Caregiver for 15+ years, visiting parishioners in nursing homes and those that were homebound. She also coordinated the twice-yearly Blood Drives at the church. Margie ran her own “Card Ministry,” sending hundreds of greeting cards to friends and church family for all types of occasions, or just to let them know she was thinking of them. Although she was not rich, she was also very generous, giving her money to many local and national organizations. Margie never hesitated to make others’ lives better.

Margie was a listener. She took time to learn not only a person’s name, but also about their family and interests. If you needed a shoulder to lean on, she offered hers without hesitation. She did not judge. She saw good in everyone. She was open-minded. She truly cared about you. While she is gone from this earth, she planted so many seeds, her positive effect will be felt for many years to come.

Margie is survived by her sons, Scott (Laurie) of La Crosse, and Mark (Michelle) of Holmen; step-son Jim (Michelle) of St. Petersburg, FL and their four children; sisters Sylvia Ewert of Eau Claire, and Rita Martino of Edmonton, Alberta; grandchildren Sydney, Cameron, Ashlyn, Alexis and Macy; great-grandson Jaxton; many nieces and nephews; and numerous special friends that enriched her life in so many ways.

She was preceded in death by her parents; husband, Scotty; and sisters June “Boogie” Petit and Karen “Tiny” Petit.

Visitation will be held Friday, August 4, from 5:30 p.m. to 7:30 p.m. at Coulee Region Cremation in Onalaska. A “Celebration of Life” funeral service will be held at 10:30 a.m. Saturday, August 5, at Christ Episcopal Church in La Crosse, with visitation from 9:30 a.m. until the time of service. Following the service, a luncheon reception will be held in the church undercroft.

Condolences may be shared at www.couleecremation.com. In lieu of flowers, donations in memory of Margie may be given to Christ Episcopal Church, 111 N 9th St., La Crosse, WI 54601.

To view her memorial video, copy and paste the address below into your address bar.