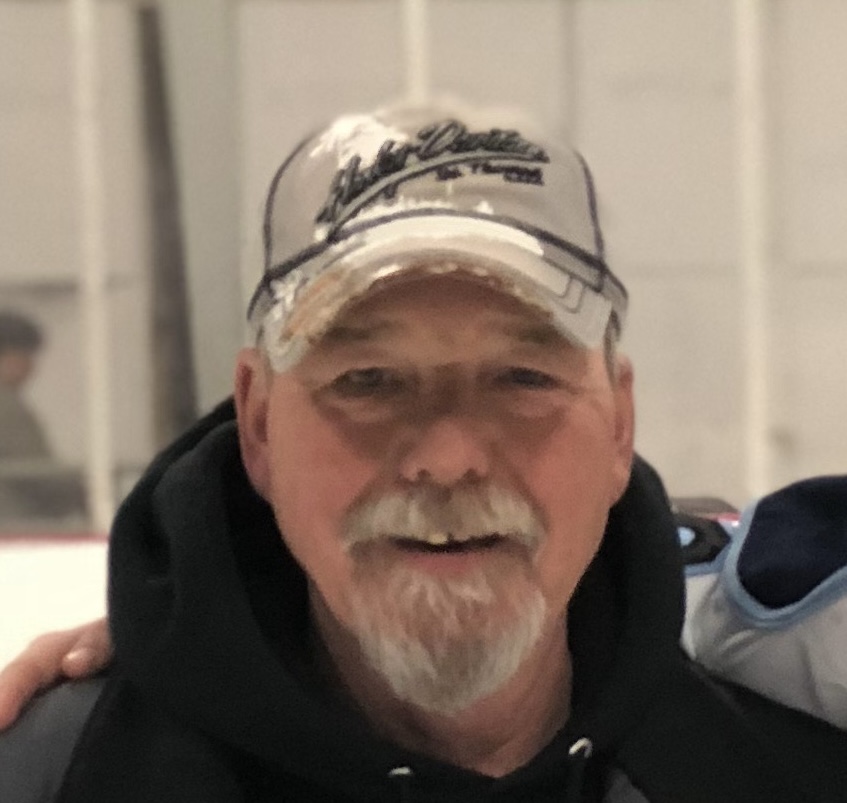 On July 20,2022, Mark made his final ride to a better place. He was born in Madison, WI  on October 25, 1951 to Rudolph and Patricia (Hunter) Erickson. Mark was known by many names: Surfer, Ripple Rider, Plum Nuts, Markie Mark, Marcus, Dog Whisperer, Maaarkk, Billet Dad, and answered to many more. He was in the automotive field in one form or another all his life, and for most of it he was a Service Manager for KMart (where he met his wife), and Frank Len for 18 years, until they closed. Mark worked as a driver for Napa in his retirement until early this year, when his body wouldn’t let him any more. On  weekends you could find him golfing, riding his Harley, woodworking in his garage, or micro managing his yard to perfection. Golf was usually on the tv in the garage and the stereo would be blaring (rock and roll was his favorite). He would lend a hand to whomever needed it and enjoyed the times with the neighbors in the driveway. Mark was always a fun loving guy, a tough guy with the heart of a marshmallow and made friends easily. He was like a grandpa to the kids on the street, and all the dogs loved him, he always had treats for them. He loved fast cars, motorcycles, and you may have seen him in his purple van named Plum Nuts during his days in Bar City Vans. Or marching the streets during Oktoberfest as a Grenadier and Grenadier General, and in a kilt during Irishfest where he volunteered for several years. For 6 years he and Mary were billet parents for hockey players with the Coulee Region Chill. With this our family was extended and they became an important part of our lives.
His best title was that of husband to Mary( he was her biggest supporter) and father to Erick of whom he was very proud. He helped teach him to be the wonderful man his is today.
It was fitting that he passed away on “Windsor Wednesday” just before his buddies got to the house. They were there to support him on his journey.
Mark is survived by his wife of 36 years, Mary Tracy Erickson, son Erick Nelson, HD Ryder his puppy, sister Karin Austin, brothers Greg and Ted Erickson, brother Dan Donahue, sister Kathy McWilliams, and their spouses, step-brother Donald Donahue and step-sister Cheryal Boles. Also several aunts , uncles, cousins, nieces and nephews and brother-in-law Ben Oldenburg and sister-in-law Bonnie Erickson. It’s a big family!
He was preceded in death by both of his parents, step dad Neil Donahue, brother Eric Erickson, sister Liz Oldenburg , and a nephew.
Special thanks go out to Dr. Larry, PA Lisa, nurses Jenna and Mary and the whole hospice team. They were great! We couldn’t have made it without our special friends and neighbors that helped us when we needed it most. You know who you are.
Memorials would be welcome to Big Bikes for Little Tykes, Thunderide for Juvenile Diabetes or the La Crosse Humane Society.
A celebration of Mark’s life will be held for friends and family on August 27th at their home from 1-5 pm. Bring a lawn chair and a story.
His Motto to Live By:
“Life should not be a journey to the grave with the intention of arriving safely in an attractive and well preserved body, but rather to skid in sideways, chocolate in one hand, Windsor in the other, body thoroughly used up, totally worn out and screaming “Whoo Hoo what a ride”.
He fought to the end and there’s a Deyo in the air! Get a colonoscopy****