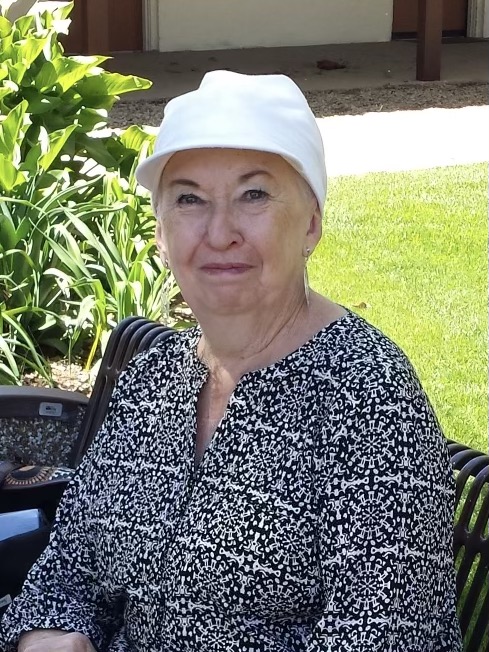 Born December 29, 1939 to Bernard and Lucille (Troendle) Mauss, Mary was the oldest of their 7 children. After graduating from Upper Iowa University, she moved to Chicago to begin her career at Harcourt Publishing. She married Jim in 1972, and they settled in Elmhurst, IL to raise their daughters. After many years as a homemaker, she returned to work for Hausermann Die & Machine Co., a career that she loved. After retirement, she and Jim built a home in New Albin, and purchased a winter home in Sun City. After Jim’s passing in 2006, Mary continued to travel to Arizona each winter, logging many road miles as she stubbornly insisted on driving cross country.

Mary was an avid reader, and loved to garden, play bridge, and travel. She was a devout Catholic who attended daily Mass and volunteered for the Church. She had an adventurous streak, zip lining and parasailing in her 70’s, and delighted in her daily perfect Bourbon Manhattan and a rowdy game of Mexican train.

Mary is survived by her daughters, sons-in-law, and grandchildren, her dear siblings Patty Wellendorf of Lansing, IA, Larry (Deb) Mauss and Rita Sanchez of La Crosse, WI, Dale/“Frog” (Lori) Mauss of New Albin, IA, and countless cousins, nieces and nephews. She is preceded in death by her husband of 34 years, Jim, her parents Bernard and Lucille, siblings Doris and David, and brothers-in-law, Charles Berns, Jim Wellendorf, and Jim Sanchez.

Mass of Christian burial will be held at St. Joseph’s in New Albin on Monday, August 23 at 11 AM, with visitation beginning at 10  AM. Memorial contributions can be made in her name to the charity of your choice.