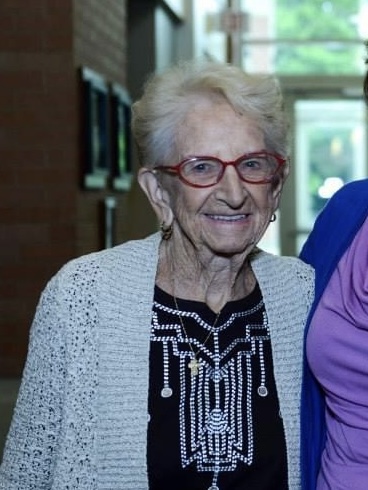 Mary was a vibrant, caring woman who treasured her husband, family and friends.  She always made people feel welcome and at home.  Mary was quick with a smile or an offer of a rousing game of cards.  She liked trying new things and visiting friends and family.  Mary met John in LaCrosse, but they made their home in many different states throughout John’s military service and career.  They retired to northern Wisconsin, and later to Florida.  After John’s death, Mary came home to LaCrosse.  Mary made lifelong friends wherever she lived and held them dear throughout her life.   She enjoyed bridge and other card games, reading, golf, crosswords, church choir, boat rides, swimming, dancing and keeping up with the grandkids.

A special thank you to the caring staff at Eagle Crest.

In lieu of flowers, memorials can be directed to Mary Mother of the Church Parish in LaCrosse WI.