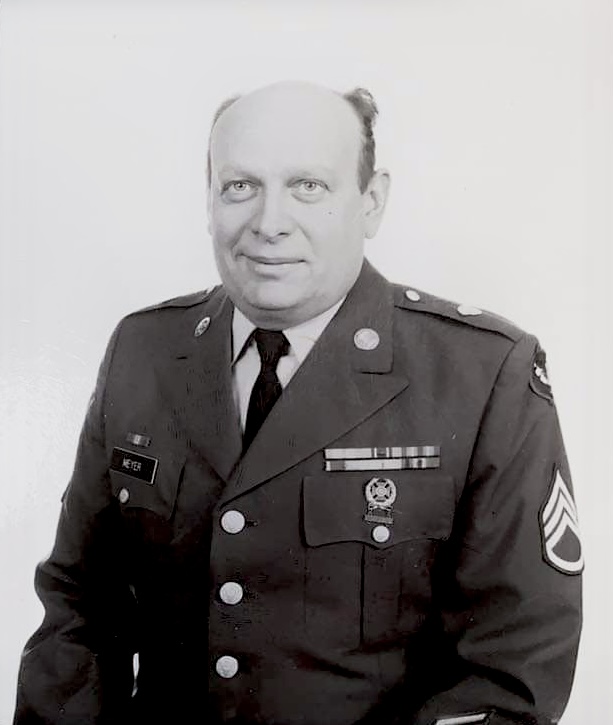 Merlin Dean Meyer, age 79, of the West Salem, WI area passed away peacefully on December 27, 2021.  He was born on December 9, 1942, to Eldo and Mildred Meyer.  Merlin’s tremendous work ethic and mechanical aptitude evolved from his early years growing up on the family farmstead in northeastern Iowa.

He married the love of his life and the person he was most fond of playfully teasing, Sandra Uher, on October 22, 1966.  Merlin and Sandy were blessed to spend 55 enjoyable years as man and wife.  In recent years, they collectively relished the simple pleasures of watching birds gather at their many feeders and caring for their beloved animals.

Merlin and Sandy made their first home together in Elkader, IA where Merlin repaired farm equipment for the John Deere Implement.  For decades, he proudly served as a member of the Wisconsin National Guard, which in time, would lead him to accept a job specializing in machinery at the Onalaska Armory and prompt the family to relocate to West Salem, WI.  Merlin would eventually take another position in facilities maintenance and years later he would retire from Empire Screen Printing.  However, he was not done working by any stretch of the imagination.  Among countless other projects, he would continue his side gig of welding utility trailers in his garage, completing over 600 in total.  Merlin was a skilled welder and metal fabricator.

While he often downplayed his talents, Merlin was also a resourceful do-it-yourself craftsman.  He remodeled several houses for his family to reside in over the years, bringing new life to old dwellings.  His industriousness inspired a can-do spirit in all those who knew him.

Although you would most often find Merlin in his garage workspace, he occasionally dabbled in more traditional hobbies.  He had a lifelong interest in flight, was a member of the Experimental Aviation Association, and even crafted the frame of a small two-seater airplane in his basement.  Merlin had a fondness for nature and travel.  He took many trips to the western regions of the United States and would bring back rocks from these and several other excursions.  His goldmining hobby led to a much-enjoyed Alaskan adventure.  One of his greatest joys was using his good-natured but somewhat mischievous sense of humor to bring smiles to those around him.

The family would like to express heartfelt appreciation to the caring medical staff and nurses that Merlin came to know during his many hours of treatment at the Mayo Clinic Cancer Center in La Crosse.

In lieu of flowers, memorials may be directed to the West Salem American Legion or the Coulee Region Humane Society.