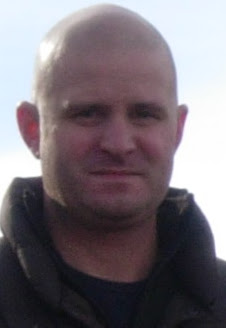 Michael John Sather, Jr., age 46, was called home on Wednesday, March 20. Mike was
born on April 30, 1972 in La Crosse, Wisconsin to Michael Sather Sr and Mary (Muller)
Truitt.
Mike graduated from Logan High School in 1990. He was in National Honor Society and
played varsity baseball.
He married Kimberly Ann Mitchell on June 5, 1993. Together they created a family with
three beautiful children, Austin, Mason and Madeline.
Shorty after they were married Mike had the opportunity with Fastenal to work in Twin
Falls, Idaho. It was a wonderful experience for 1 1⁄2 years before returning home to be
closer to family.
Back in La Crosse, Mike went to work for the Laborers Local 140 for 9 years. Seeking out
new employment he took a position as a Conductor for BNSF for the past 13 years. As
challenging as the position was it provided Mike the experiences of traveling and living in
several states.  Mike was an enthusiastic outdoors man which he learned from his dad. He loved fishing
and hunting. He shared his passion teaching his children to fish and hunt while
appreciating everything that involved. The kids have many happy memories of being at the
hunting land with their dad whether it was hiking, hunting or cutting down the family
Christmas tree.
Mike and Maddy (Missy) made the best chocolate chip cookies. They spent many a night
working on math homework.
Mike enjoyed many adventures with his family. They explored the Wizarding World of
Hogwarts, swimming with the dolphins, walking 9 -12 miles a day to take in the wonders
of Washington DC. Mike was able to see NASCAR races in North Carolina and Texas.
Visiting his mom and family in Texas was always important. One of the best trips was a
train trip to Glacier National Park with Austin and Mason.
Mike was a very proud dad of his three bright, compassionate, athletic children. He
beamed as he watched his children in sports and their academic achievements.
Mike will be forever remembered by his wife Kim, children Austin, Mason and Madeline
of La Crosse,WI; father, Michael Sather Sr. and his wife Debra of La Crosse, WI; mother,
Mary Truitt and her husband Kris of Cleburne, TX; brothers Christopher Sather and his
son Bryce of La Crosse, WI; Cade Truitt and his wife Marcia and their children Eva and
Ansel of Nashville, TN; Karl Truitt of Boulder, Co; Father in law, Jim Mitchell and his
wife Karen of La Crescent, MN; brother in law, Chad Mitchell and his wife Carol and their
children Cassandra and Owen, Grandmothers Vera Miller and Mary Muller both of La
Crosse, WI; Uncles Gary Sather of La Crosse, WI; Richard Miller, Steve Muller of La
Crosse, WI; Mike Muller and his wife Mary of La Crosse, WI; Aunt Cheryl Miller, Aunt
and Uncle Dawn and Marc Miller of La Crosse, WI; Extended brothers Christopher
Zielke and his wife Jackie, Patrick Zielke and his wife Amanda and Scott Zielke and many
cousins and amazing friends.
Mike was preceded in death by his grandfathers, Sherman Miller and Fred Muller, his
mother in law, Sandra Mitchell and his brother Cole Truitt.
Please join us in celebrating the life of this husband, father, son, brother, grandson,
nephew and friend. Visitation is Sunday, March 31 from 2 -4 PM with a short service
starting at 4 PM. Coulee Region Cremation Group in the Prairie Room, 133 Mason St., Onalaska, WI.
In lieu of flowers, memorials are preferred.