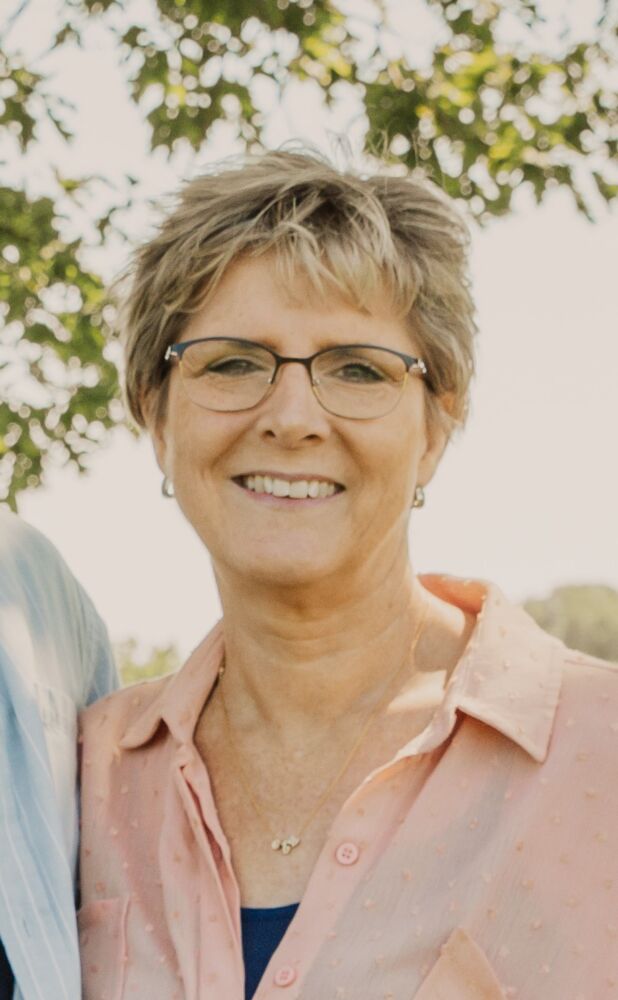 The mystery is over. Patti’s eyes were closed on earth and opened in paradise to look upon the face of her Savior Jesus Christ.

She was a mother who sought to bind her children to the love of God.

Patti was born August 20th of 1960, third of seven children to Douglas and Virgene “Nixie” Oldenburg of La Crosse. She attended St. Pius X, Longfellow and Central, to graduate in 1978.

She grew up on the south side of La Crosse in a very loud but equally loving home. There her sense of humor was allowed to grow and infect anyone who came near. Along with her siblings and a few neighborhood cronies, there wasn’t anything she wouldn’t do.  From sleigh-riding to bicycle wipe-outs and other falls, all the stories and legends are true.

Her later interests turned to cosmetology. In the footsteps of her grandparents, she enrolled in the La Crosse School of Beauty. She worked at the Magic Mirror, The Barbers and Hair Headquarters; later, she put out her own shingle “Patti’s Cutting Edge.” Throughout her career she improved the appearances of many of her customers; however, there were a few she just couldn’t help.

Patti’s four “Sistas” were one of her most prized possessions. With laughter permeating every “spirited” occasion, they all shared a great unity, respect and trust. Together they leaned on and built up each other through life’s adventures. With Patti’s passing, there will be a void that cannot be filled.

Later in life, her sense of humor was stretched to the limit when she met and married her best friend Steve Breuer. During their thirty-five years together, they raised three of the best people there will ever be: Emmy, Ben and Sam (or Kitty, as known to his nieces). Patti had four granddaughters (one who will make her appearance in a few weeks) whom she treasured, and there was no doubt that these girls cherished their granny.

Nothing was more important to Patti than her faith. From Crucifixion Vacation Bible School, Bethany Ski Team, bible studies at Bethany Evangelical, First Free and Northside Community Church, to just friendly advice, she became a pillar for many to lean on. Her strong, unwavering belief in Jesus was her rock all the way to the end.

A special thanks to all who made meals, visited, prayed, sent cards and supported Patti, especially Judy Eddy, Dr. Roberto Leon Ferre and Dr. Richard Ellis.

A celebration of life visitation will be held at Coulee Region Cremation Group on Thursday, February 18th from 4:00-7:00pm with a private funeral for her family at a later time.

In lieu of flowers, please consider a donation to Northside Community Church.