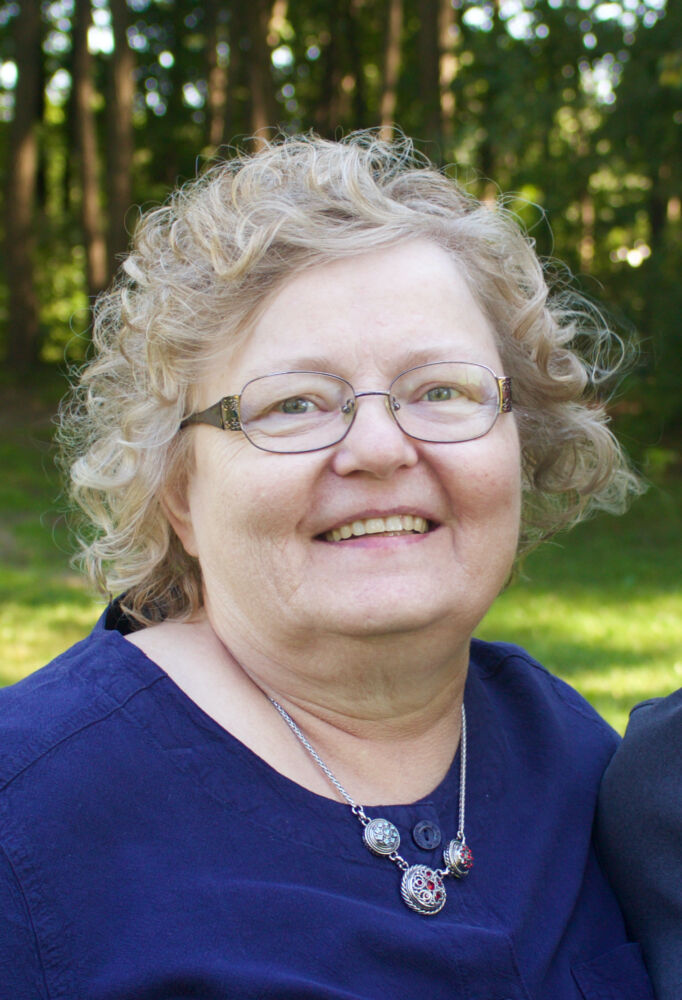 Patricia “Patti” Jean Peschel (nee Beirne) passed away peacefully on September 15, 2020, at Mayo Clinic Health System, La Crosse, with her family by her side. After many years of health struggles and setbacks, Patti deserved a rest.

She was born to Smith and Inez (Hegge) Beirne on August 8, 1950. The 6th of 9 children, Patti honed her sharp wit, feistiness, and open heart from an early age. All of which endeared her to and embarrassed her family when directed at an unsuspecting clerk.

She married the love of her life, Sam, on August 21, 1971. They spent their nearly 50 years of marriage supporting, caring for, and laughing with each other. Their dedication and love was unmatched.

Patti was giving and big-hearted, whether it was generous gifts for no special reason or welcoming everyone and putting them at ease with her humor and non-judgemental character. This attitude extended into her chosen profession of nursing: She began her career as a CNA and ended it as an RN; completing her degree at the top of her class at WWTC while managing 2 pre-teen daughters and her husband. She spent 20 years caring for the residents at Lakeview Health Center.

More than anything, Patti loved being with her family. Her daughters were the lucky recipients of daily phone calls (sometimes more!) and her favorite vacations were planned with them and their families. Spending time with her sisters and brothers, nieces, nephews, and friends was a priority. She was proudest of her grandchildren, though. And despite her health-related limitations she always stayed involved and interested in their lives and maintained a close, special relationship with each of them.

Personal invitations will be sent to immediate family for a private funeral mass to be held at 11 AM on Tuesday, September 22, 2020, St. Patrick Catholic Church, Onalaska. Others may join viewing the livestream of the mass on stpatsonalaska.com. A celebration of Patti’s life will be held at a later date, when it is safer to do so.

In lieu of flowers, memorials may be made in Patti’s name to St. Patrick School in Onalaska.