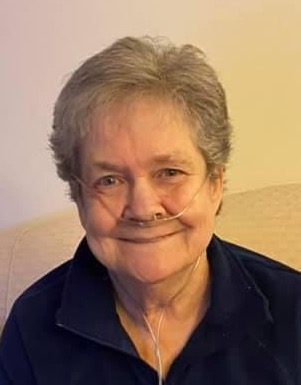 Patricia (Patty) Jean Betz, 68, of Onalaska, passed away peacefully March 24, 2021 in her home with her children by her side.

She was born on April 27, 1952 to Leroy and Lorraine McArthur. She was in the class of 1970 at Central High School. She then married Bob Miller of La Crosse, and they had three beautiful children together. The two later divorced. Patty married Gary Betz in 1982. He sadly passed away in 1987.

Patty worked for La Crosse Footwear for 13 years before the company closed, She made many lifelong friends in her years spent there. She then worked at Nutbush City Limits where she “sure had a lot of good times and good friends”. She retired in 2015. In 2016, she was diagnosed with both lung cancer and COPD. Patty fought until the very end and never lost her spunk.

She is preceded in death by her parents, husband Gary, and brother-in-law Gerald Olson

The family would like to thank Mayo Hospice for their care.

A celebration of life will be held April 17 at 3:00 pm at the American Legion in Onalaska. The family asks that you wear bright colors to celebrate her life.