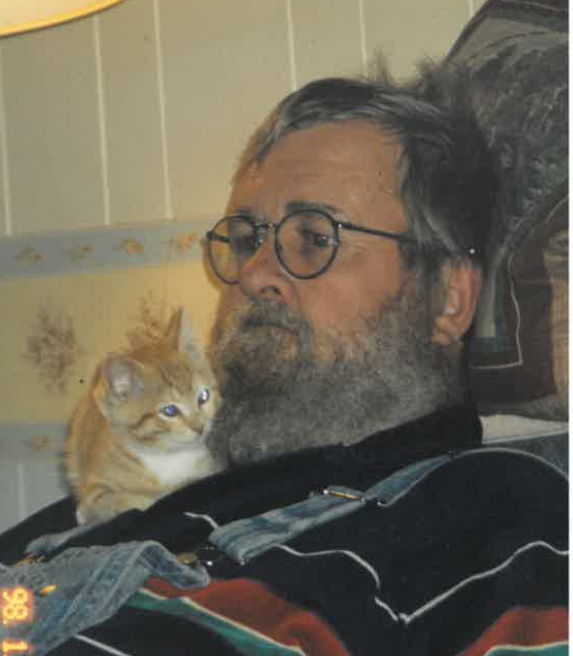 Paul Edwin Theisen Sr. went to the big Rendezvous in the sky on May 16th, 2021. He was born August 1st, 1944, to Hazel (Powers) and Frank Theisen. He was the youngest of 7 children. He grew up on the  northside of La Crosse, Wisconsin. He was baptized and confirmed at St Johns Catholic Church and attended St Johns Catholic School and Aquinas Catholic High School, graduating in 1962. While in high school he participated in the chess club. He also worked at the school during the summer to help pay his tuition. He also worked at the Sweet Shop and a gas station. After graduation he joined the NAVY to see the world and trained at Great Lakes Naval training center….he was honorably discharged after being injured during training. After returning home he worked at the Holmen Meat Locker as a butcher doing processing.

He was still wanting adventure when he met and married Judy Wenzel; together they traveled the US working on a traveling carnival. This is also the reason he did not like to ride the rides at carnivals because he knew how they were put together and who put them together…but he did love to ride the scrambler. And would take his kids to ride the rides.

They shared 4 children together and they divorced. During that brief pause in their marriage, Paul decided to ride the rails and live free and hopped trains to travel the country. When he returned and they decided to try marriage again….this lasted about 3 years. They divorced for the final time. When he returned, he also took a job with the La Crosse Street Department and proudly worked there, retiring after 30 years in at age 55.

He enjoyed everything outdoors: fishing, camping, and especially hunting. He taught his children how to hunt responsibly and lived the no leave no trace motto. His favorite hunting was deer camp. Every year he would take his sons and join his brother and nephews and any other friend who happened to join in and camp and hunt in Milston, Wisconsin. They would only come back for Thanksgiving dinner and then return to camp with leftovers. Paul was also prankster. One year he painted the nose on his deer red and proclaimed that Santa wasn’t coming because he shot Rudolph…his children were crying and his ex wife was not happy.

He was a big history buff and enjoyed re-enactment camping called Rendezvous (pre 1840 fur trade era). He even belonged to the Big River Long Rifles club who host the annual Prairie Villa Rendezvous. Paul read about it and drove the family down and spent the whole weekend there sleeping in his Chevy Nova. It was the best of everything…it was inexpensive, family oriented, and walking history. He was hooked. He has brought his children, nieces, nephews, extended family, and then grandchildren into it and taught them all how to throw knives and tomahawks — he was a champion at both. He always said he was born 150 years too late.

Paul was a champion story teller and liars contest winner. His favorite story was THE TALE OF THE HAND OF MON AMI. He taught himself leatherwork and beading, and also how to hand forge throwing knives from car spring steel. He used to say that “HE WASN’T A HIPPY, HE WAS A WELL GROOMED MOUNTAIN MAN.”

He enjoyed wood carving and carved many wood spirits that coincidentally looked like him. He loved playing Yahtzee and would play all 6 columns in a longer extended game, liked to play chess and sudoku puzzles.

He met his wife Lorraine and began dating in 1986. They married in 1991. He always said he was lucky to have her. She came with 4 bonus daughters. He never called them step daughters…he would say the only steps in his house went upstairs.

Paul was an honest man who worked hard, treated people kindly, a gentle giant of a man who was never harsh with his children.

A celebration of life will be held August 1st at Badger/Hickey Park on Palace Street, La Crosse from Noon to 4.