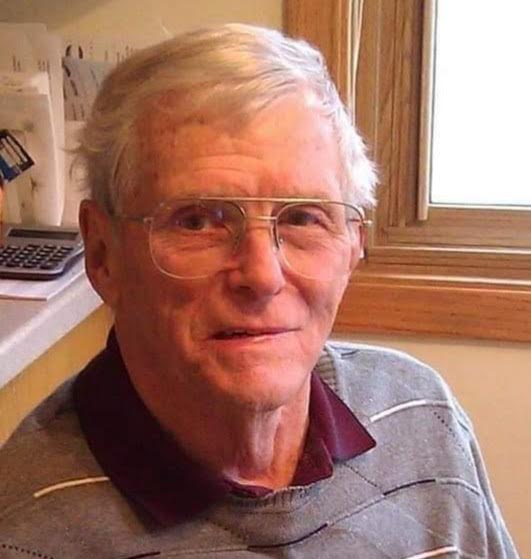 Paul J. Lynch, age 88, died the evening of June 28, 2021 after a short illness. He was born December 16, 1932 in Ogdensburg, New York to M. Joseph and Amy B Lynch. He graduated from St. Mary’s Academy in Ogdensburg, Le Moyne College in Syracuse, New York and did post graduate studies at Purdue University. He married Joan O’Connor on August 25, 1956 in Syracuse. Together they celebrated almost 65 wonderful and fulfilling years of marriage. He was employed at Trane Company as a chemist for 15 years and had a number of U.S. Patents. Paul also taught Industrial Hygiene at Western Technical College for 7 years. He then started A&A Chemical Laboratory, serving environment testing needs, which he ran for 25 years.

Paul co-founded the private school girls’ sports league in La Crosse. He was also a founding member of the La Crosse section of the American Chemical Society. After he retired, he and Joan were fortunate to spend 15 years in Tucson, Arizona and many years at their summer cottage in Wisconsin.

Paul was preceded in death by his son Peter, parents and in-laws, three sister-in-laws and their husbands, a brother-in-law and his wife, and his niece, Anne Lynch.

His funeral will be held on Saturday July 10, 2021 with visitation from 9:30 am until mass at 10:30 am at Holy Trinity Church, 1333 13th St. S La Crosse. There will be a private family burial immediately after mass at Catholic Cemetery.

In lieu of flowers, memorials would be appreciated if sent to the American Heart Association, the Cerebral Palsy Association or one of your choice.