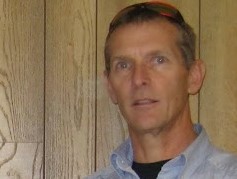 Randy graduated from Logan High School in 1975. He was a member of the Logan wrestling team. He attended Western Wisconsin Technical Institute, earning a Design Drafting degree and worked for Trane Company for 10.5 years upon graduation. While working at Trane Company, he attended Viterbo University to earn his Bachelor of Business Administration degree. When our dad got cancer, it inspired him to go back to school and he earned a Biology/Chemistry degree, hoping to become a doctor. He eventually went to Northwestern Health Sciences University, Minneapolis, MN earning a Doctor of Chiropractic degree.

Randy enjoyed biking, fishing, boating, water skiing (including bare footing), and spending time with the family, especially his nieces and nephews. There were many rousing games of cribbage with the nieces and nephews in the house he shared with his parents. He cared for our mom as she recuperated from her triple bypass surgery several years ago and again as she began to fail with dementia a few years ago. The family truly appreciates Randy’s care of our mom.

Randy was preceded in death by his mother and father – Dorothy and Gerald (Jerry) Sagen, his grandparents – Erwin & Rosina Sullivan and Oscar & Mathilde Sagen. He was also preceded in death by three of his maternal uncles and aunts: James and Dorothy Sullivan, Robert J (Marlene) Sullivan, William and Bonnie Sullivan and his paternal uncle and aunt Oscar (Bud) Sagen and Joanne.