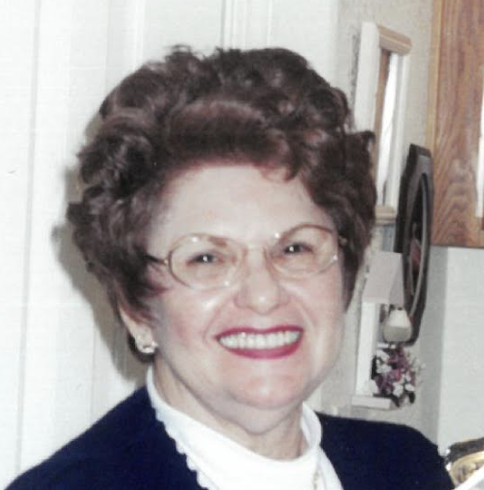 Rebecca Pacione (Becerra), 86, loving wife, mother, grandmother and great-grandmother passed away peacefully on December 23, 2021 at Gundersen Hospital in La Crosse, WI.  She was born on February 6, 1935 to Salvador and Julia (Garcia) Becerra in East Chicago, IN.

She worked at Brock and Rankin in Chicago, IL in the early 1950’s when she met the love of her life, Jack. They married at the age of 21 years on August 11, 1956. In the mid 1980’s they started a new venture, a video store called Villa DuPage Video in Villa Park, IL which Rebecca was the Manager of for several years.

Rebecca and her husband Jack retired to Las Vegas, NV in 1998 and lived there for 14 years until they decided to move to Holmen, WI.

Rebecca had a love for ceramics, crocheting and making jewelry. She was a big Chicago Bears fan and was so excited to watch every game. Her family and friends will miss her wonderful smile, outgoing personality and out pour of love for others. She will live on in our memories and the wonderful times we have had together.

At this time, the family has decided to hold a Celebration of Life at a later date.

“They Walk Beside Us”
Those we love don’t go away,
They walk beside us every day,
Unseen, unheard, but always near
Still loved, still missed, and very dear.