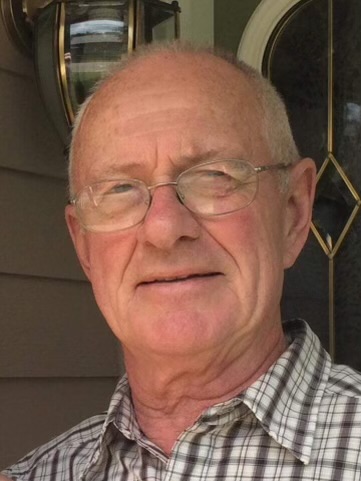 In 1945, he moved to Hayward, WI with his parents and graduated from Hayward High School in 1961. He received his B.S. degree from the University of Wisconsin-Stevens Point in January 1966, with majors in biology and resource management.

Richard was employed by the Wisconsin Department of Natural Resources from 1966 to 1998, and was stationed in Wild Rose, Horicon, and Black River Falls. Furthermore, Richard was one of the earliest employees of The Bureau of Real Estate, created in 1973. He continued on and retired in 1998 as a Western Region Real Estate Specialist.

In addition to his civilian life, Richard served in the Wisconsin Army National Guard from 1966 to 1972.  He was stationed in Waupaca, Stevens Point, Neillsville, and Black River Falls. He provided support in the Milwaukee Race Riots and Madison Anti-War Riots during 1967.

After retirement from the Wisconsin D.N.R., his time was spent attending car shows throughout the Midwest, and painting house interiors.  He also worked for the Jackson County Circuit Court as a small claim’s mediator, was a member of the State Lawyer Regulation Committee, and was a Court Appointed Personal Representative for several contested estates.

Richard enjoyed Canadian fishing trips with his friends, traveling with his family, car shows, and gardening. After Lions Club meetings, you would often find him rehashing discussions at the Skyline Golf Course Bar. On the other hand, it was acknowledged that he disliked large crowds, mean people, and the occasional discussion of radical self-serving politics.