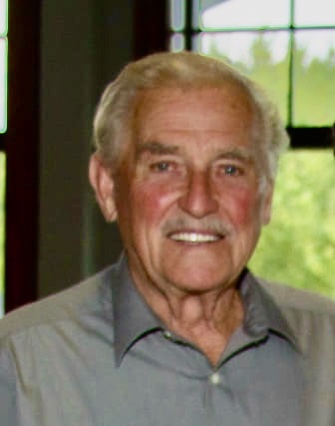 Richard “Dick” Lee, Sr., 84, of Onalaska passed away on Friday, May 21,2021, at home surrounded by his family. He was born in La Crosse on Jan. 9, 1937.  Dick attended Aquinas High School and then joined the Marines to serve his country. Upon returning from the service, he asked a gal named Trudy Jean Hauser, whom he had met at the sweet shop, to be his bride and they married on June 28, 1958.  Dick and Trudy purchased their home in Onalaska in 1963 and have made many loving memories together in this home where they raised 4 children together.  Through his life Dick made several good friends, one of these friends, James Lundgren, joined Dick in a business venture and together as partners they formed L&L Plastering and Drywall which was still in business until their passing. A few of Dick’s passions were, being a “grill” master with his legendary chicken wings being his trademark dish, an avid golfer, lifelong Packer fan hosting numerous Packer parties in his Packer decorated garage, visiting the family land to feed the birds and just tinker around, listening to Elvis music and tending to his lawn and flowers which he was very proud of.  For many years Dick and Trudy would go to the Padre Islands with Ken and Sharon Barilani on vacation and he would always take long walks down the beach every day because as he would say “you can’t do this in Onalaska”.   If anything can be said about Dick it’s that he had a zest for life and lived every day to the fullest.

He is further survived by 10 grandchildren and 13 greatgrandchildren with 2 more on the way this year, brother Arthur (Jan) Lee Jr. of Arizona and several other relatives.

Dick is preceded by his parents Isabel and Chester Covey, his In-laws Milton and Verna Hauser, an infant granddaughter Holly Lee and other relatives.

A visitation will be held at St. Patrick’s Parish on Main St. in Onalaska on Friday, May 28, 2021 from 10:30 to the time of services which will begin at 12:30. Following the services a lunch will be served at 2:00 in the Onalaska American Legion Hall.

Dick’s family would like to thank his care givers at Gundersen Hospital, the Tomah VA Hospital and all the staff from Hospice who helped care for him during his illness.