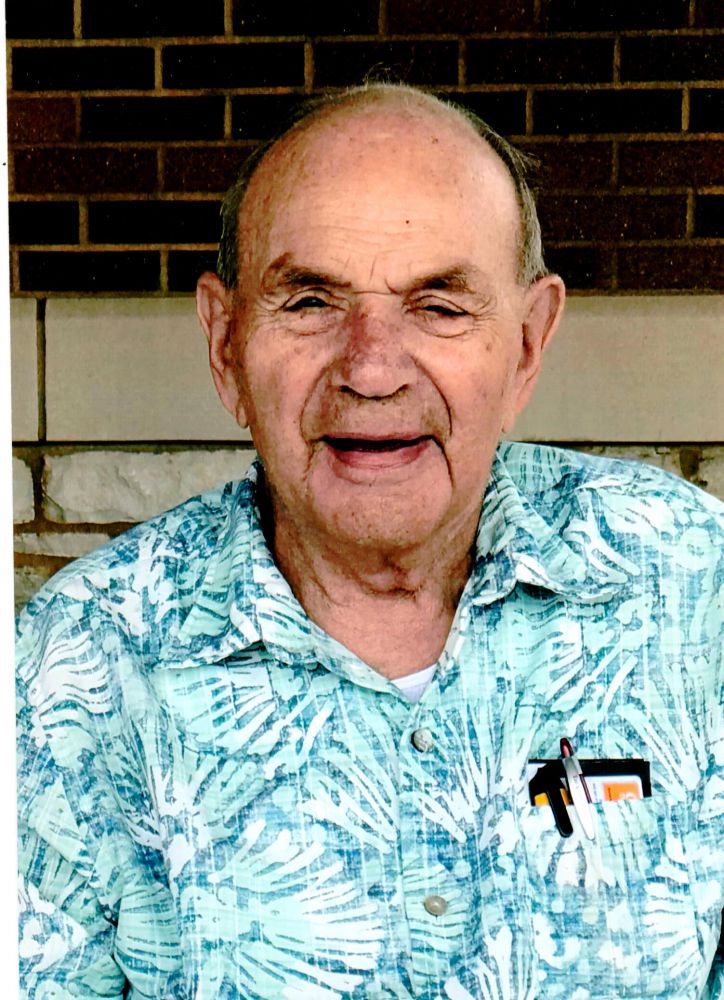 Holmen – Richard Russel Geiwitz, 88 of Holmen passed away peacefully on September 26, 2019 at Gundersen Health System.  Richard was born in LaCrosse, WI on August 23, 1931 to Russel and Helen Geiwitz.  Richard is survived by his wife, Lois who he celebrated 68 years of marriage with this past April.  On their 25th anniversary he started writing poetry to her which he continued doing every year of their life together.  He is also survived by his brother Bob of Florida; his 7 children, Linda Manske (Paul), Debi Geiwitz (Duke Adamski), Rick Geiwitz (Linda), Ed Geiwitz (Karen), Pauline Johnson (Dan), Joan Whitson (Bill), and Faith McFadden (Brad); his 13 grandchildren, Bryon and Travis Manske, Elise Geiwitz, Andrew, Aaron, and Ahna Geiwitz, Marissa, Teddy, and Phillip Johnson, Ben, Jordan, and AdamWhitson, and Helen McFadden; and 5 great grandchildren.  Preceding Richard in death were his parents, Russel and Helen Geiwitz, his brothers, Jim, Don and their wives, and 3 grandchildren, Joel Geiwitz, Eric Manske, and Nathan Geiwitz.

Richard was a Veteran of the Korean War, where he proudly served in the Army.  After the Army he worked with his father in the family masonry business, Geiwitz Construction, along with his brothers and son.  He later took over the business and continued working into his 70’s.  Richard was a member of Bricklayers and Allied Craftworkers Local 1 Wisconsin.

Richard lived his whole life by the first commandment as recorded in Mark 12:30, “Love the Lord your God with all of your heart, with all of your soul, with all of your mind, and with all of your strength.”  Because of his faith, he and several other businessmen started a coffee house ministry in Downtown LaCrosse; he was a member of the Gideon Bible Society distributing thousands of Bibles to area schools and hotels; he spent 50 years with the Jail Ministry doing weekly Bible studies; and along with his wife, Lois, they led and organized numerous mission trips to foreign countries to spread the Lord’s word.

In his 80’s he continued to serve by listening to the Awana children at Bethany Church recite their Bible verses.  Many of the children will remember the “Super Glue” handshake!

Richard suffered from renal failure.  For 16 years he spent three days a week at the Onalaska Gundersen Dialysis Center.  During this time he became close friends with the many wonderful nurses, doctors, and other patients who cared for him.  The family wants to personally thank everyone at the dialysis center for their support and care through all the years.

A Visitation will be held on Thursday, October 3rd from 5 to 8 PM, at the Gathering Place, 133 Mason Street, in Onalaska.

Funeral services will be held on Friday, October 4th at 11 AM at Bethany Church at 3936 County Rd. B, LaCrosse. Followed by military honors.

In lieu of flowers, memorials may be given to the Gideon Bible Society.

To view or download Richard’s memorial video, copy and paste the link below into your web browser.