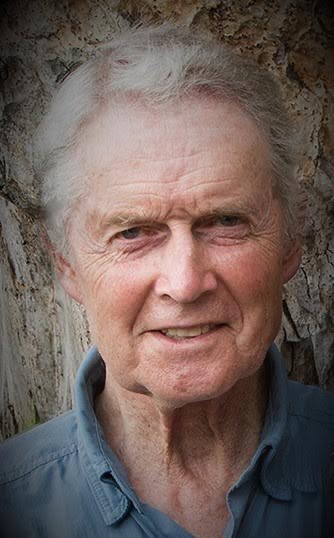 Bob and his wife Linda shared an unwavering commitment to conservation of the natural world. They traveled and photographed nature across the U.S. and worldwide, including Australia, New Zealand, South America, Africa, the Falkland Islands and the Galapagos Islands. In 2009, they published “Deep Nature: Photographs from Iowa,” which contains seventy-five of their photographs that celebrate some of the state’s smallest flora and fauna hidden in the wetlands, woodlands and prairies. Many of their photos are part of the collection that adorns the walls of the University of Iowa Hospitals & Clinics. They loved to share their photographs and adventures and gave many presentations on ecology and photography to groups around the Midwest. Bob loved sports, especially baseball, and continued to play on Adult League baseball teams while living in Australia as well as in Iowa. He loved comic strips and would share them with his students to break the tension during exams. He always viewed the world through a unique lens.

We will always remember his wonderful hugs, warm smile, giving heart and his devotion to his family. His beautiful photographs of flora and fauna will be an enduring tribute to his passion for the environment. We will think of him every time we find beauty and inspiration in the natural world.

He was preceded in death by his wife, Linda, his parents Geoffrey and Nina and his brother, Alfred.

A celebration of life will be scheduled at a later date.

Donations in his honor may be made to the Audubon Society, Sierra Club or Public Television.