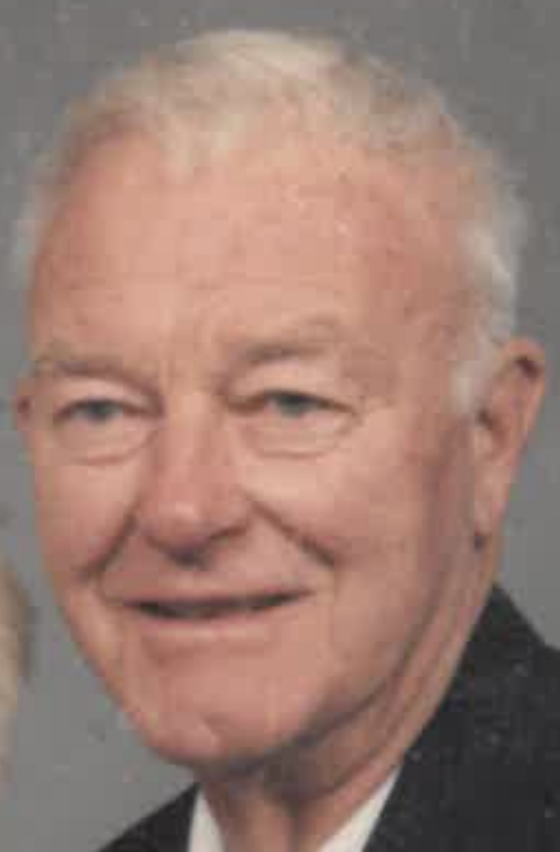 He lived for his family, friends, and sports. Robert J. Schroeder, 96, of La Crosse/ La Crescent passed Sept. 18, 2020 in his home in the presence of family. He was passionate towards his family and never turned down an opportunity to spend time with them. He valued and appreciated his many friends, entertaining them at his river home on Shore Acres which included boat rides, swimming, fishing, and hosting annual golf outings on Memorial and Labor Days.

Bob, an only child, was born Nov 15, 1923, in his cousin’s house in West Salem. He grew up in West Salem excelling in sports, particularly basketball and baseball.  After high school, he worked during the week at the local General Store and played baseball on Sundays. A year later he enrolled in La Crosse State Teachers College. During his first semester he enlisted in the Army Reserves and was called to active duty during his second semester. He served three years in the infantry during WWII and was fortunate to play sports for Army teams. After the war ended he resumed his schooling at La Crosse and graduated with a teaching degree.

Bob met Jeanne Hardiman on a blind date in 1945 and they were married Sept 06, 1947 in La Crosse at Christ Episcopal Church. He started his teaching/coaching career in 1949 in Cashton and moved to LaCrosse in 1950 to teach at Washington School. Four years later he transferred to Longfellow where he found his niche, teaching math/science and coaching basketball. During his early years at Longfellow he attended UW-Madison in the summertime, eventually getting his Master’s Degree in Educational Administration.  After that, summers were filled with working for the La Crosse Little League Baseball program coaching at various playgrounds, and ultimately becoming the Director of the program. In 1975, his last year coaching basketball, his team went undefeated. He retired from teaching in 1986.

His interest in sports stayed with him his entire life. Before picture in picture and DVR were available, he was known to put one TV on top of another in order to watch two sporting events at the same time.   After retirement, he and Jeanne wintered in Panama City Beach Fl., going there with the same friends for 17 years. He looked forward to his Monday golf outings at Valley High and his Wednesday breakfasts with fellow retired teachers, as well as Friday and Saturday breakfasts with friends. His recall of names of past students and/or “little leaguers” was uncanny. Our Dad was every bit a gentleman and will be fondly remembered.

He was preceded in death by his parents Elmer and La Verne (Battis) Schroeder, his wife of 69 years Jeanne, his brother-in-law Bill Hardiman, and his nephews Bill Hardiman Jr. and Jim Hardiman.

Although services will be held as a private family gathering, remembrances are welcomed and can be submitted to www.couleecremation.com for family to read and reminisce.

Memorials may be made to the La Crosse or La Crescent Humane Society, or to a charity of the donor’s choice.