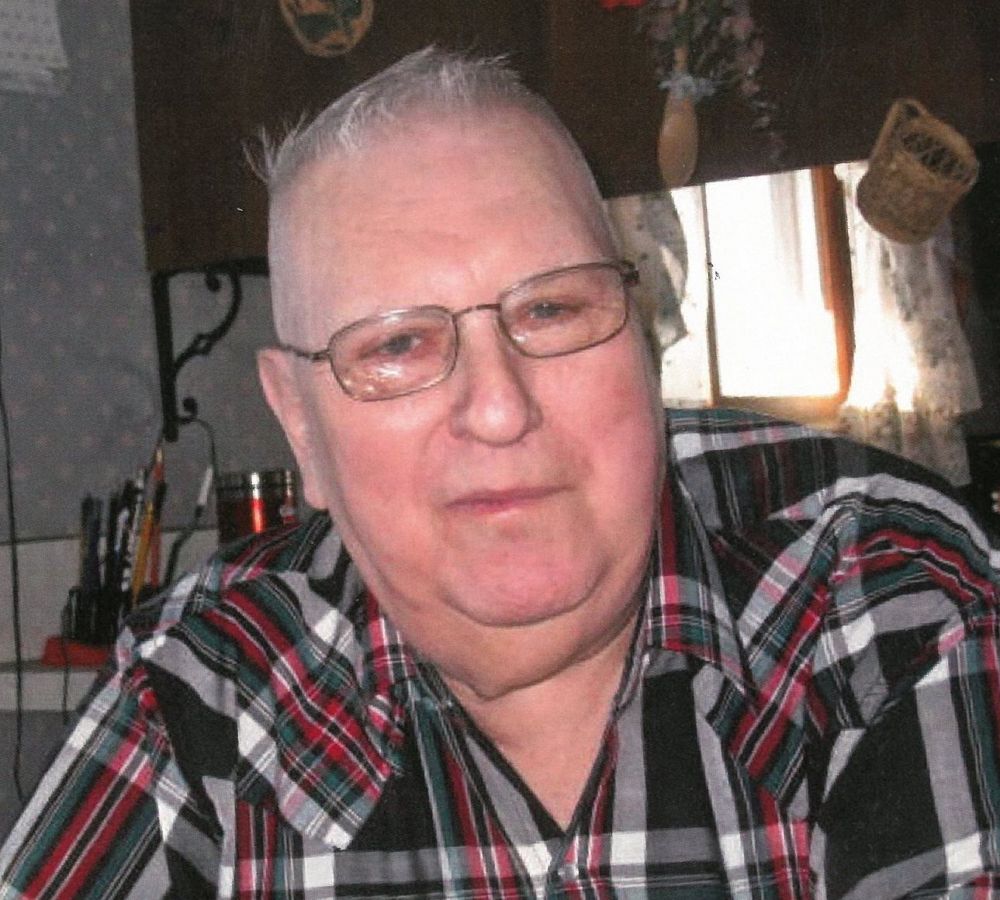 Our dad could wait no longer to be with the love of his life, LIL, who passed in 1994. Dad left us peacefully while holding  Diane’s hand at BSJ early March 10th. He was born Aug-2-1931 to Thelena & Hallie Stone in LaFarge Wi. He helped farm, but hated it, his brother, Butch said he was “so fussy”. He quit school moved to La Crosse where he lied about his age to land a job at La Crosse Rubber Mills. He was laid off so he and a buddy decided to enlist, his health kept him from getting in. The next 47 years he worked for the Mills , ending his career as, Quality Controller , highly respected, friend, boss, and employee. Through those years he had many week-end jobs, he was a Police officer in LaFarge, Taxi driver in La Crosse, bartender ,and somehow managed to find time to learn how to fly, a test he also failed due to high B/P , he said that broke his heart.

He married Augustine Williams, had 2 girls and a boy, but after 2 try’s they divorced a final time. He met Lillian Handke, a widow with 3 girls. Augustine relinquished all responsibilities, dad received full custody. Dad and mom (Lil), married on Feb , 1,  1964, sold moms 2 bedroom home, dads 1 bedroom home, bought a fixer upper at an auction and made it a 4 bedroom for the remaining 5 kids.

They purchased “ONIES’s” café where mom worked for Roscoe Shorts mom , Onie, Every single morning, dad got up, shaved, got mom up, helped open café, then go to the mills, come home, shave and go back to the café to get her. Mom made all the meals, it got to be too much so Betty Halverson jumped on their dream wagon and the 2 of them would make all that great food for yrs. The Café was open from 5:30-10. A hotel on the corner housed elderly men, Onie’s was the only place around for hot meals. They loved Bingo, & camping. After the hotel closed, mom started closing week-ends and eventually every day at 3. They bought their final home in Onalaska, when mom retired. Mom loved Vegas, dad not so much , but never denied her anything, and in return he flipped old cars, “A LOT”, he had a love for Harleys too. To this day, I never remember even 1 bad argument. They were so in love and don’t think he ever got over it. We never celebrated another holiday.

He opened his home to renters, it kept him happy, healthy, and the will to carry on. He had an extended family who he found great comfort in that was , at times, hard for others to understand. He considered Rob & Jeff like sons, he loved getting a call every day from Joyce, who introduced him to Frank from “American Pickers”, the highlight of his life. No one could cut his hair but Judy. We will be forever be grateful for all the kindness, love, and joy you gave our father.

Along with Lil, he is preceded in death by his son , Darrel, parents, brothers, Clarence, Carl, & LeRoy, 1 sister, Freeda. He is survived by sister Lavone (Merlin) Hisel, 1 Brother, Hallie Jr “Butch”, (Joyce). His daughters, Barbara, Dodgeville, Diane Stone, 19 yr partner (Jeffery Pearson) Taylor Wi. Rosalee Mitchell, Pittsburgh, & Diane Hauser (Dennis), Onalaska. Many grandkids, but none as close as Angela Sue Subjek, (Tony), La Crosse, & Cali Jo Endris, (Ryan Mosher), Onalaska. Angie did all the grocery shopping, she’ll probably never be able to look at Country Crock Butter or Oyster  crackers again without smiling. She would stop in with his great grandson , Owen Anthony  and Cali made many visits with the grand girls, Macy Rae and Isla Jean, dad just lit up when he’d see these kids.

Something you might not know about our parents, they were 17 years apart. I was kidding mom one time about robbing the cradle, she said, and I’ve never forgot this, “ Love doesn’t come in a color, it doesn’t come in an age but when it comes grab it, so I did”. So go help Darrel eat some cookies, just put your nose in the air, you’ll find her. We love you Daddy

A memorial service will be held at 11 a.m. Wednesday, March 18, at the River’s Harvest Church, 1001 Quincy St., Onalaska, with a visitation from 9 a.m. until the time of service at the church.