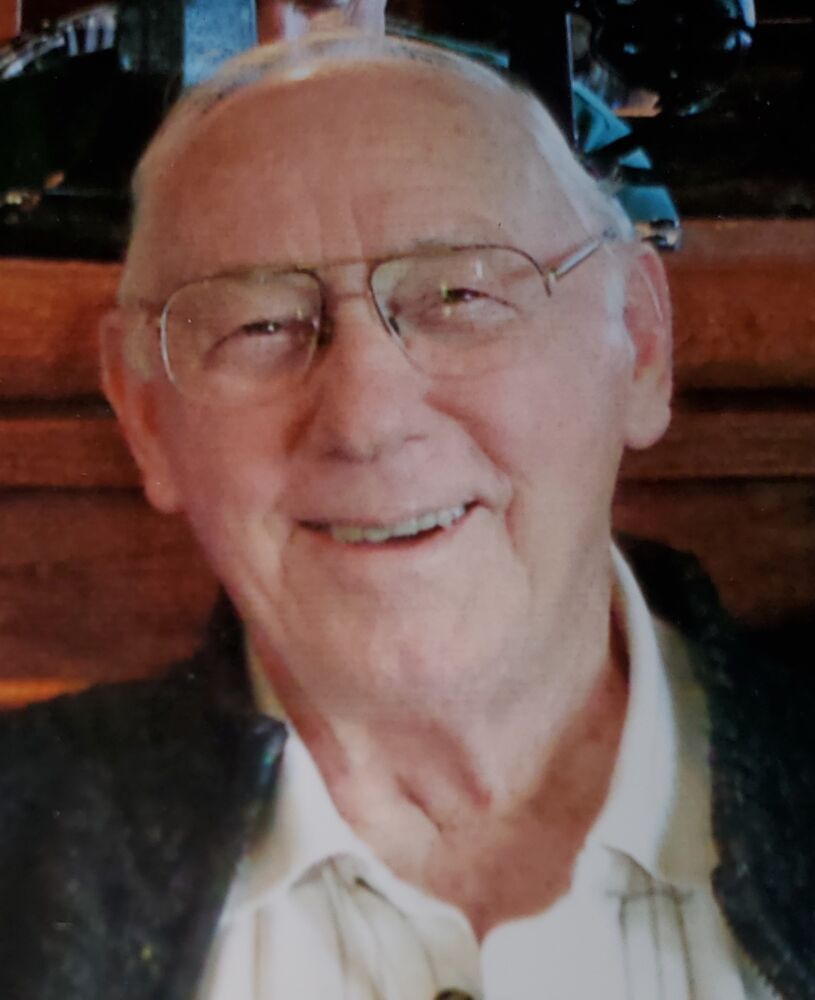 Roger D. Umland, 90, of Holmen, WI joined his Lord on September 29, 2021 at Gundersen Health System in La Crosse.  He died from complications of Covid-19.  Visitation will be held from 2:00 pm until 4:00 pm on Thursday, October 7, 2021 at Shepherd of the Hills Lutheran Church, 1215 Redwood St Onalaska, with funeral service immediately following at 4:00 pm.  Cremation and Burial will occur at a later date at Onalaska City Cemetery in a private ceremony.

Roger was born on the 28th of January, 1931 to Hugo and Lucy (nee Kluchesky) Umland in the town of Wescorry in Shawno County, WI.  He married Mary Ann “Dolly” Karpinsky in Madison, WI in 1958.

Roger grew up in Shawno County, WI where he attended 3 different one room grade schools; Bowler High School and Wittenberg High School where he graduated in 1948.  He worked in Wittenberg and various jobs in Milwaukee until drafted for 2 years in the Army in 1951.  He returned to his old job in 1953 but began mechanical engineering studies at the University of Wisconsin, graduating in 1958 with a BS Degree.  He then worked until 1961 at Shell Chemical in Louisiana.  In 1961 he took a position as a civilian mechanical engineer and later as a supervisory engineer with the US Air Force in Madison, WI for 5 years, the US Army in Germany for 5 years, then back to the Air Force in Colorado and Wisconsin where he retired in 1981.  In 1984 he took a position as a Plant Engineer at UW La Crosse, retiring again in 1989.  He lived his remaining years in Onalaska and Holmen in the La Crosse, WI area.

He was active over the years in several Missouri Synod Lutheran Churches, working with youth, evangelism board, and on various other church Boards.  His main hobbies were old time and square dancing, wood crafts, and playing bridge.

In lieu of flowers memorials are preferred and may be given to Shepherd of the Hills Lutheran Church or a favorite charity of choice.