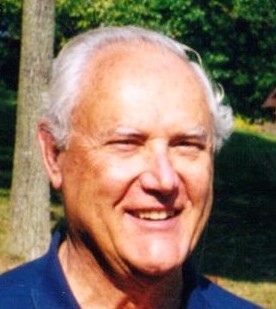 Roy served in the Navy aboard the USS Algorab and USS Wautauga in WWII and was honorably discharged on 3-16-1946.  He then attended dental school at Washington University in St Louis, graduating in 1950.  Roy and his family moved to La Crosse WI where he established his dental practice at Grandview Hospital. In 1966 Roy and his close friend & colleague Bill Lippstreu built the Southeast Dental Arts professional building on State Road.  Roy continued to practice dentistry at this location until 1986. He greatly enjoyed the privilege of serving multiple generations of families.  Roy was grateful that he was able to make home visits to a patient that was homebound and was always willing to serve patients with an emergency outside of regular working hours.  He felt fortunate to practice in an era when practice decisions were made by patients and their dental providers, rather than outside parties. Roy had numerous excellent dental assistants and hygienists and remained in contact with several of them for more than 60 years.  Two of Roy’s assistants became well-loved members of our family.  Linda married son Chip in 1973 and Kris married brother-in-law Nic Hengel in 1974.

Roy’s annual fishing trips to Canada with his boys, spanning over 50 years, were among his most precious memories.  Good friends Don and Chris Comin earned honorary membership in the “Buehrle boys” group over the past two decades.  Roy also enjoyed annual trips “out West” in Montana hunting whitetail deer with his Iowa grocer buddies.  Other notable activities included being involved in the local and state dental society and serving as president of Delta Dental of Wisconsin in 1976.  Roy was involved in the Boy Scouts, Lions Club and the Hines VA Blind Center Veterans Association.  He was appointed by the Governor to serve on the Wisconsin Council for People with Disabilities and served on several state committees advocating for services for individuals with special needs.  In the 1990s Roy started a support group, the VIPs, for local residents with visual impairments.

Roy always had an interest in construction, technology and computers.  In fact, he built his first home on Hoeschler Drive with the assistance of other medical professionals. He took numerous drafting courses at WWTC in order to design his dream home in Bridal Coulee.  This time he hired a construction professional, Joe Doucet, to build the home.  Having learned “all there is to know” about construction from Joe, and having forgotten the lessons he learned on Hoeschler Drive, he then designed and built the family cabin on Round Lake in Hayward in 1976 relying on Joe’s son, Al Doucet, to make sure that things were done right.

Long before home computers became commonplace, Roy purchased one of the first personal computers available. He took numerous courses at WWTC to develop programming skills and was among the first to design and install practice management software systems in dental offices.

Medical and dental professionals have been known to make less than desirable business investment decisions. In the early 70’s Roy and friends/colleagues Bill Lippstreu, Spencer Peters, Joe Doucet, and Chuck Flume decided to develop a campground in Osseo WI.  After five years of investment it was decided they should have just bought a stove to burn the money, and they soon divested themselves of the venture.  Under new ownership, the campground is currently ranked in the top 100 in the nation.

Among the challenges that Roy faced during his lifetime was being diagnosed with retinitis pigmentosa (RP). This eye disease is characterized by night blindness and progressive tunnel vision. The VA was crucial in helping Roy to adapt and learn skills to lead an independent, active and satisfying life. Their training in orientation & mobility (white cane travel), daily living skills, and ongoing training in software & technology for the visually impaired enhanced his ability to remain involved in activities he enjoyed. In addition to the VA training he received, the most beneficial assistance came from the three guide dogs he obtained from Seeing Eye in Morristown, NJ.  Over a thirty year period, Nikki, Digby, and Koffy provided him with safe travel skills, independence and companionship.

Roy did not let his blindness prevent him from seeing many amazing places around the world. From being led by hand to the top of Ayers Rock, observing grizzly bears and mountain goats in Glacier Park, to skiing the Southern Alps in New Zealand, Roy never let his visual impairment slow him down. He loved our national parks and favored Glacier National Park, Yellowstone, and Custer State Park in South Dakota.  In his early 90s he was able to revisit these parks several times with Mom and Doug.  He remained awed by the majesty of the mountains and the wildlife in the West.  Roy enjoyed “seeing” the parks and wildlife via the descriptions provided by his travel companions.  He was one of the few people to always “see” a grizzly bear on every visit to Glacier Park.  In 2001-2006, Roy participated in the National Blinded Veterans’ T.E.E.  Tournament, a golf tournament for Blinded Veterans in Iowa City IA.  He enjoyed the camaraderie with other vets and he especially liked having a new, solid excuse for being a rotten golfer.

Roy was an active participant in Boy Scouts for much of his adult life. In the 1950’s and 1960s, as troop scoutmaster, he led the troop in hand-building canoes that they later used on Canadian canoeing trips. Even after becoming legally blind he took a group of scouts on a week-long sailing expedition in the Florida Keys, as well as helping lead the troop on another week long expedition to the Boundary Waters Canoe Area with his guide dog Nikki. Roy always enjoyed an active outdoor life and the opportunity to pass his knowledge on to the next generation.

The opportunity to run the coffee shop at the State Capital in Madison was offered to Roy in the early 1990s.  For several years he maintained an apartment near Hilldale where he stayed from Monday to Friday.  He estimated that more laws were passed by legislators in “his” coffee shop than in chambers.  He frequently traveled to Madison on Monday mornings with a legislative aide from Sparta and returned home on Friday evenings with Sen. Brian Rude.  This was an extremely interesting adventure for Roy that ended when the State closed the coffee shop wing for renovation.  He then took over management of the newsstand at the La Crosse Post Office.  Again, he enjoyed being out with people, especially the daily visits with those who picked up their mail in the lobby, including friend Sue Core Petry.

Roy had a very good singing voice and was a member of the Bishop’s Choir at the cathedral in Jefferson City MO as a young boy.  A special memory of that time was when he fainted at Mass so the priest gave him a quarter to buy a milkshake every week before services.  He loved the 1940s music, especially Frank Sinatra, Ella Fitzgerald, and Dean Martin. He particularly liked to sing along with his favorites to entertain his caregivers from Brightstar and at Hillview.

Our family would like to thank the staff from Brightstar, especially Ellen and Kelly, the staff at the Tomah VA Going Home unit, the Gundersen Hospice team, and staff in the 700 wing at Hillview (particularly Kathy Hengel R.N. and support staff Tony and Gina).  Their care and concern for Dad were unwavering and have been a source of comfort for all of us.  Roy especially appreciated the overall support and excellent veterinary care that Tom Thompson, DVM and Jean Heyt, DVM provided to Koffy, Digby and Nikki, always assuring that Roy’s “eyes” had a cold nose.

Visitation will be held Saturday, December 14, 2019 from 10 AM to the time of service at The Gathering Place, 133 Mason St. Onalaska.  The service will be at 11 AM.  A Celebration of Roy’s life will follow in the Cargill Room at The Waterfront 328 Front Street South.  The family is being assisted by Coulee Region Cremation Group.

In lieu of flowers, memorials may be directed to ‘The Seeing Eye, P.O. Box 375 Morristown, NJ 07963-0375.’ or your preferred charity.  More information at seeingeye.org.

Full obituary and condolences may be viewed at www.couleecremation.com