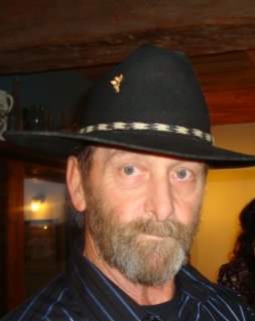 Steven William Hollis, 69, of Galesville, WI peacefully went home to God on Sunday, May 3, 2020. He was born in La Crosse on September 20,1950 to William “George” and Marilyn Hollis. He was the first of their five children. He grew up on their farm in rural Holmen and graduated from Holmen High School in 1969. It was with his father that Steve learned the masonry trade and would become his lifelong passion. He developed his skills at his father’s business, Hollis Construction, in Holmen, WI. He went on to become a foreman for a large construction company in Kissimmee, Florida from 1985—1998. He led large hotel projects such as the Swan and the Dolphin, which still stand today. When he returned to Mindoro, WI he owned his own business, Steve’s Masonry, before semi-retiring and continuing to do work for other construction companies in the area. His beautiful and artistic stonework can be seen throughout the coulee region in countless homes including interior fireplaces and exterior.

On May 12, 1985 Steve decided to get right with his life and the Lord. It was on this Mother’s Day that he entered into Sobriety. It is because of this decision that Steve lead a life of compassion, dedication, and love. This was one of his most important lifetime accomplishments and he shared his knowledge and continued to serve by helping others choose the same path. He is survived by two children, Hollie (Jason) Gust of Barneveld, WI and Chad Hollis of La Crosse, WI. His grandchildren Mark, Cyrus and Louis Clark, and Morgan and Ryan Gust. They were his world, which is clear as you look around his home at the photos displayed. They will always remember his endless supplies of treats, chocolate milk, and Pleasoning when he would arrive for a long stay at their home. Bear, his grand pup, won’t forget his cheerful voice, plentiful rubs and probably a treat or two.

When he wasn’t visiting grandchildren or children you could find Steve at a local establishment enjoying a soda and conversations with people. He loved talking to people and genuinely enjoyed their company. He might even be engaged in a card game or two. He enjoyed live music and dancing and a competitive game of Cribbage. He was an avid hunter and took pleasure in fishing once in a while. At home you could find him watching an old western on tv, or cheering for a sports team. He was proud of the local high school sports teams as they made their way to the state championship games and watched every minute of the games aired on television. He couldn’t get enough of his Badgers and Packers. On a quiet afternoon or evening he could be found trying to beat the next level of Candy Crush. Even in retirement, he never could quite put down his trowel and enjoyed taking on an occasional project.

Steve is preceded in death by his parents, one sister, Diane Kane, and one grandson Lazarus Pheonix Clark.

His can-do attitude, zest for life, and willingness to help a friend or family member in need will be missed. His family would like everyone to know that they will be holding a celebration of Steve’s life at a later date when we can all gather again.