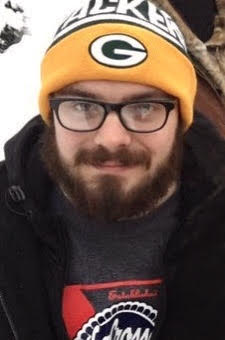 Tanner was born to parents, Terry and Kelley Hirschuber on December 22, 1989. Growing up and into high school he excelled at sports including baseball and football. He also spent years earning his second degree black belt in karate and loved competing in karate tournaments on the weekends. Tanner enjoyed spending time with family, weekends on the river and hanging out with his friends.

Later in life, Tanner would have four beautiful children whom he loved deeply. Being a dad was one of his proudest accomplishments in life. His children Liam (9), Jaxon (5), Julian (2), and Jemma (3mo) will miss him dearly.

He had a laugh that filled the room and a sense of humor that caught you off guard. He could be a man of few words and also spend an entire night talking your ear off. He will be missed by all who knew him.

“It’s hard to forget someone who gave us so much to remember.” -Unknown

An Open House Celebration of Life will be held on Tuesday September 8th from 4PM-6PM at Coulee Region Cremation located at The Gathering Place,133 Mason St Onalaska, WI 54650.

In lieu of flowers, donations may be made to help those in the coulee region affected by addiction at http://www.couleecouncil.org/donate-now.html.