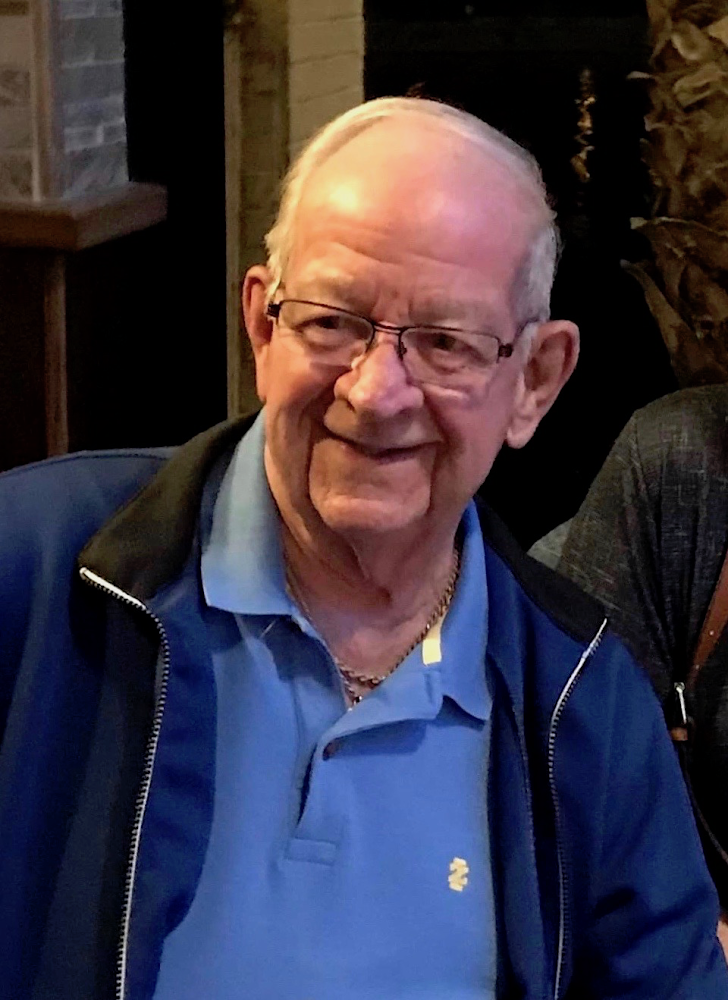 Thomas L. Luehne, 83, died suddenly at home on January 31, 2021. He was born 4/8/1937 to Matthew and Charlotte (Dobrunz) Luehne. Tom and Barbara (McCoy) Luehne were married 7/5/1958 and were due to celebrate 64 years of marriage this summer. Tom attended St. John’s Grade School, graduating from Logan High School in 1955. He worked at Trane Company in the production organization, retiring in 1997 as a foreman in Plant 7. He served two years in the Army; 1960-62 (Germany), and five years in the Army Reserves. He was a member of the Onalaska Legion Post 336.

As a young man he bowled, golfed, hunted, and fished, and retirement afforded he and Barb trips to Europe, Mexico, Hawaii, Las Vegas and Laughlin, NV, numerous cruises, and many local casinos.

For Tom, family was everything and his heart was as big as his legendary laugh. Never missing the chance to strike up a conversation, he’d happily brag about his childrens’ and grandchildrens’ successes. The stories were many and generously shared.

He is survived by his wife Barbara, son Michael and wife Crystal (Hoeth) of Whitefish Bay, WI, and daughter, Karen and husband Stephen Multer of Chicago, IL. His pride and joy were his three grandchildren, Alexander Luehne, Julia Multer, and Avery Multer. He is also survived by several nieces and nephews.

His faith always sustained him through his many health issues. He was prepared. We will miss him terribly.

A funeral mass will be held at St. Patrick’s Catholic Church at 10:30am Feb. 5th, preceded by Visitation from 9:30-10:30. Service will be live-streamed at stpatsonalaska.com for those who choose not to attend in person. Covid-19 guidelines will be in effect.