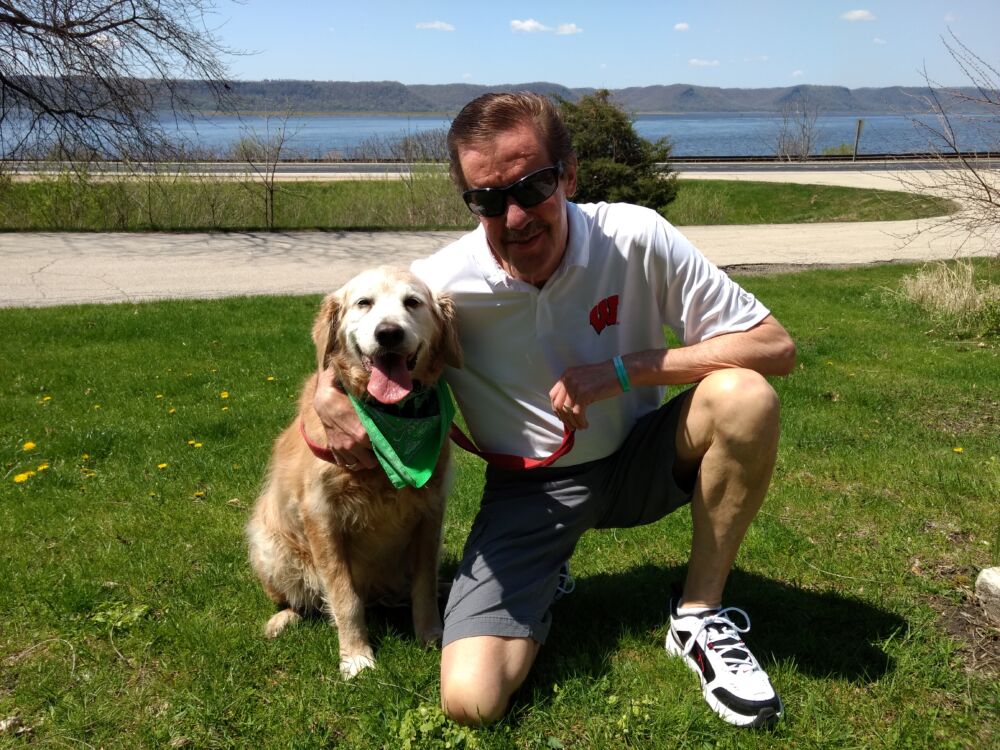 Tim was born on July 26, 1955 in La Crosse to Douglas and Dolores (Guggenbuehl) Schindler. Growing up in a Christian home Tim received a Christian education – something that molded Tim into the man he became. He went on to graduate from Fort Atkinson Senior High School in 1973 and the University of Wisconsin Whitewater in 1978.  Tim worked for E.A. Sween Company/Deli Express for nearly 30 years in Sales Management.  He was proud of his many awards and achievements.

Tim married Karen Kellermann on June 3, 2017, at the Cathedral of St. Joseph the Workman La Crosse.  Then opened another chapter – retirement and enjoying the simpler pleasures.  Tim loved entertaining out-of-town family and friends, introducing them to the natural beauty of Wisconsin’s Coulee region, followed by grilling an outdoor feast. A quiet afternoon at a vineyard or picnicing at a wayside rest overlooking the river was Tim’s idea of peacefulness.  He loved his Coors Original, jalapeño poppers, Elmaro Rosa, pepper-jack cheese, Chocolate Paradise, and his chili that would make you break into a sweat. When gifting out bottles of homemade Bailey’s Irish Cream, Tim would never reveal the secret ingredient making it special.

Tim’s strong faith was evidenced by attending weekly mass at the Cathedral. Tim was a kind soul always wanting to help others by mowing lawns, shoveling snow and delivering Mobile Meals – sometimes even taking out and bringing in garbage cans if the people were unable.  Tim had the most beautiful way of expressing his love…perhaps in the form of the perfect card, a little note, or a gesture of kindness.  Family and friends were so important to Tim. He had such a strong love for his siblings, nieces and nephews, not to mention his  extended family. Tim’s animals were his children and he gave them so much love.

Tim is preceded in death by his parents, grandparents, numerous other relatives and friends, and first wife Lisa.

If unable to express himself Tim indicated that he wanted his friends and family to know: “That I had a great life.  Thanks to all of them.”

In lieu of flowers, memorials are preferred to Coulee Region Humane Society or Catholic Charities of the Diocese of La Crosse.