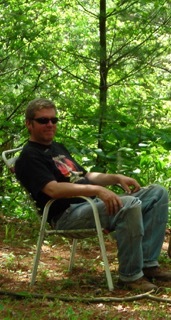 Todd Helmer LaValley, age 65, of Black River Falls, passed away March 11, 2020, at the Black River Memorial Hospital following a courageous fight against cancer. He was born on December 16, 1954, to Wendell and Lillian LaValley. Todd was educated in the Black River Falls school system and graduated from high school in the Class of 1973.

Following his graduation from high school, among other employers, Todd worked for LaValley’s Phillips 66 Service Station, Jensen Metals, and Market and Johnson. He created and operated Longhorn Builders, a construction and remodeling business that included new homes, additions, remodeling, offices, roofing, sheds, garages, fireplaces, concrete, and stonework. When work slowed down in the winter, Todd spent many hours honing his wood carving skills making duck decoys, bird carvings, and Norwegian kubbestols – cylindrical wooden high-back chairs fashioned from a single pine log and carved with traditional Viking symbols and, sometimes, rosemaled. His chairs have been on public display at the Jackson County Bank and at the Mt. Horeb Trading Company.

Those who knew Todd well, knew of his love for his family and friends, his skill as a story teller, his love of hunting and fishing, the fact that he was a good cook and a gracious host, his phenomenal memory as local historian, his mathematical wizardry, his love of music, and his never-ending sense of humor. He loved to make people laugh.

Todd was a wonderful son, brother, uncle, companion, and friend. His friendships spanned all walks of life. He was a funny, kind, warm-hearted man upon whom many relied for sustenance and solace. He will be missed.

Todd was preceded in death by: his parents, Wendell and Lillian LaValley; his sister, Shawn; his paternal grandparents, Joseph and Emma LaValley; and his maternal grandparents, Engemar Helmer and Marie Molde. He is survived by: his sister, Wendy LaValley of Brattleboro, VT; his brother, Kevin LaValley (Kristin Berg) of Black River Falls; his nephew, Soren LaValley (whom he adored) and great-nephew Haakon LaValley, both of Black River Falls; the love of his life, Diane Thomas Carroll of Red Wing, MN; his cousins; and many caring friends.

Coulee Region Cremation Group in Onalaska is assisting the family with the arrangements. Todd’s family and friends are planning a memorial celebration of his life to be held at a later date. In memory of Todd, his family requests that memorials be sent to: Friends Sharing Food, P.O. Box 344, Black River Falls.