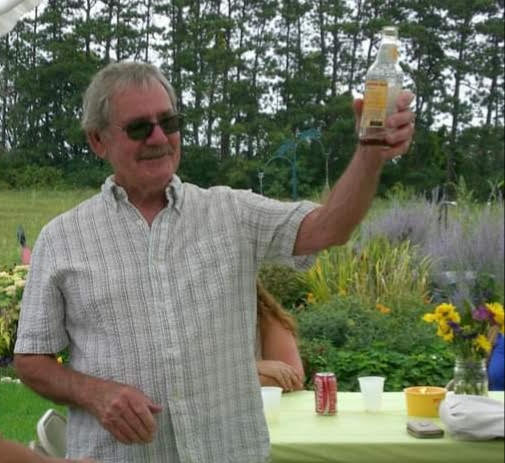 Bill served in the United States Navy from 1952-1956. He was stationed out of Pearl Harbor, Hawaii. He still talked about being on “Hotel Street” to this day, the place of his first, and only tattoo. Bill returned to California where he accepted a job with Copper Penny. While working at the Copper Penny he met Rita, whom he loved, married and spent 55 years of his life with! Bill worked his way up from cook to Vice President of Operations for IHOP. Bill’s work ethic is beyond compare; he never called in sick a day in his life. He needed his “walking around money” for Rita and his “baby girl”, grand daughter Isabelle (Izzy) Pearl Patton.

Bill loved spending time boating with family and friends. He and his son Shawn spent many happy and fun filled hours on Lake Mead, Nevada. Bill also loved a cold beer and a game of cribbage; he was very hard to beat! Bill loved Frank Sinatra and sang along to every song; his favorite song was The Summer Wind, and many times he would take your hand and dance with you wherever we were; the kitchen, the living room, the beautiful yard he and Rita kept pristine.

Bill was a gentle, warm and loving man. He made everyone he met feel special and important, spending hours listening to them with a smile on his face. Bill was generous to a fault; he would give all he had to those he loved. And Bill was an amazing chef; no one can make baby back ribs like Bill. He ran a chain of barbeque joint’s called Love’s Barbeque, in California.

He had a very special relationship with Izzy Patton and called her his “darling baby angel”. He doted on her and made her feel very loved and special every day of her life. Bill was also his son Shawn’s best man in every aspect of Shawn’s life. Bill was Shawn’s hero and champion. They spent countless hours talking, playing cribbage, having some beers, boating, and talking about politics.