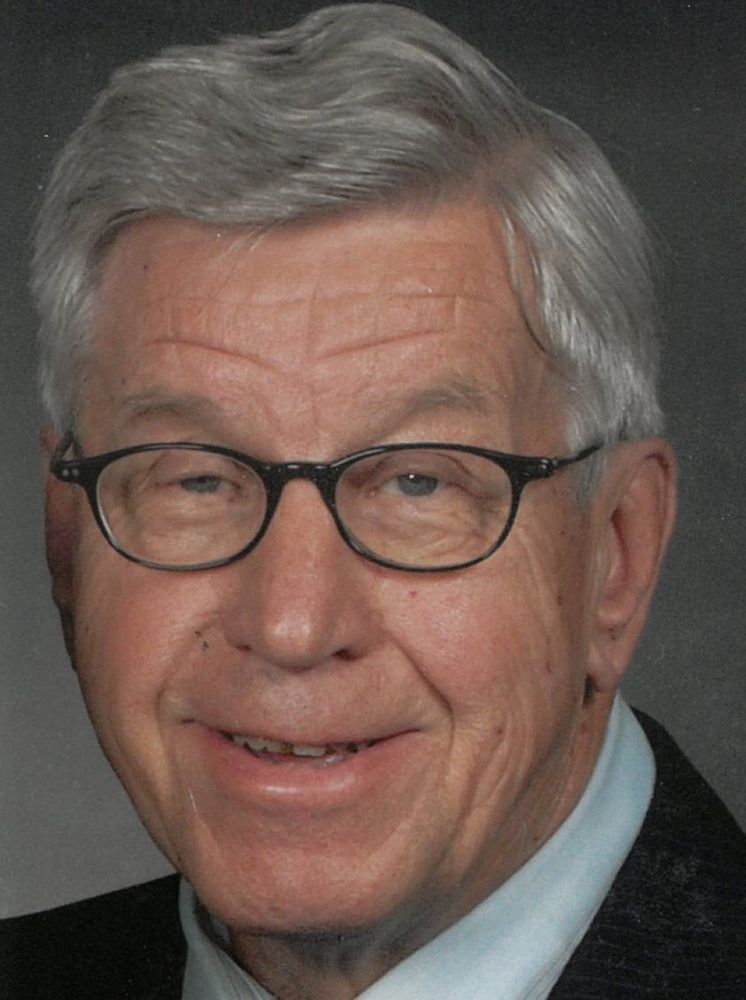 He was born July 17, 1928 in the town of Little Falls, Monroe County to Esler and Susan (Heineck) Jackson.  He graduated from Sparta High School and attended UW-Madison.

On February 12, 1955 he married Nadine Jackson.  Bill had a career of retail management with W.T. Grant Co. and managed stores in several states. In 1969 and 1972 he won the company’s Manager Scoreboard contest for sales and profit in his district and won the company trips to San Juan, Puerto Rico and Florida for the award ceremonies.  In 1975 he went with TG&Y Co. (Oklahoma based) and managed a store in Claycomo, Missouri until he was assigned to open and manage a new store in Yankton, South Dakota, which he managed until he retired.

Bill was an avid Packer and UW Badger fan, and long with Nadine, enjoyed the bike trails, cross country skiing, and long walks.

He is survived by his wife Nadine, of 65 years; son, Scott (Joy) Jackson; five grandkids, Bethany, Alissa, Joshua, Joseph, and Mikayla; brother, LeRoy (June) Jackson; and many nieces and nephews.

The family would like to thank the staff and nurses at Hillview Nursing Home who cared for Bill this past thirteen months, as well as the Gundersen Hospice team, especially Angie, for the care and comfort they provided to Bill.

He has fought the battle courageously and finished the course.  Blessed be Bill’s memory.