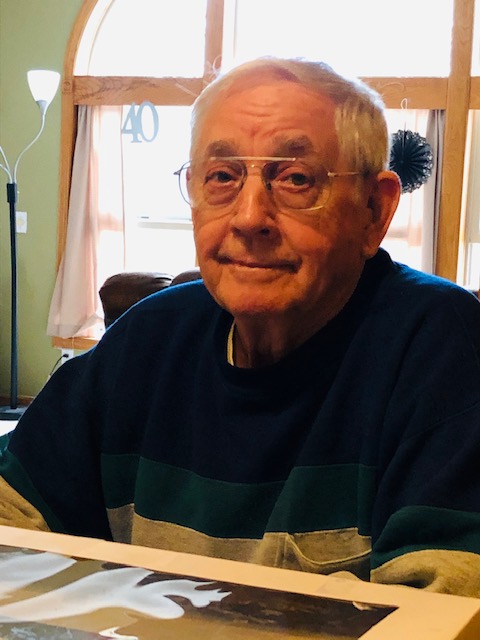 Bill was born April 22, 1935 in La Crosse to Oscar and Alma (Scharf) Baum.  He spent his formative years with the family of Ruby and Joe Johnson of Osseo, WI. He graduated in 1953 from Osseo High.

Bill married the love of his life, Beverly Morley on Sept. 25th, 1955.  They were blessed with 3 boys.  Bill and Bev enjoyed 60 years of marriage.

Bill was an American Family Insurance agent for 30 years and attained “All American” status for the majority of those years.

He was a loving family man.  His love for all things outdoors was a perfect fit with his sons, hunting, fishing and dog training were his passions.  Bill was involved in many organizations and clubs during his long life.  He was a member of the National Guard, Lion’s Club, Black Hawk Retriever’s Club, Stone Hearth Kennels and Dog Training Club, and the La Crosse Businessman’s Association.  He was nominated for the Jefferson Award for his extensive blood donations.

A funeral service will be held on Wednesday, April 14th, 2021 at 11:00 am at The Gathering Place, 133 Mason St., Onalaska with Pastor Jason Stanton celebrating.  A visitation will be held one hour prior to the service.